by Administration on October 23, 2014 in Product News

Finally we have unveiled the new Yamaha WR450F Rally bike that we developed over the last 12 months together with Yamaha Motor Italy. 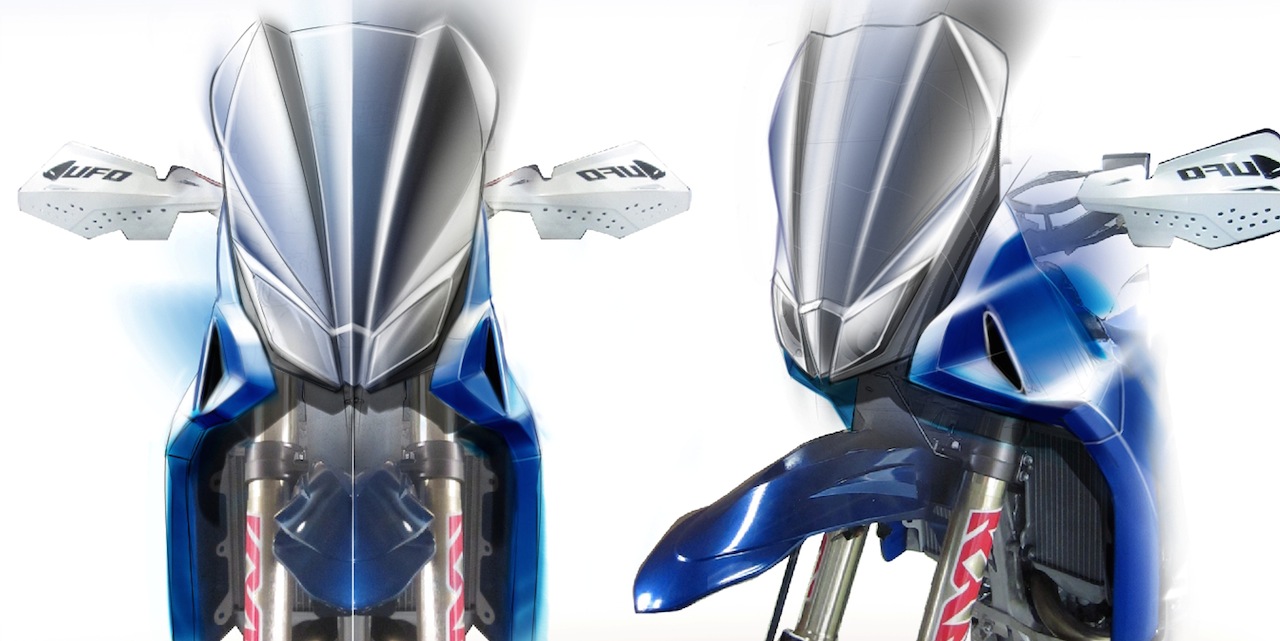 The new Dakar-ready bike from Yamaha Italy at 13.490 euro

At the end of january a new rally prototype bike was presented by Yamaha Motor Italy at the Motor Bike Expo in Verona (Italy). The great consensus and appreciation from the public brought to the decision to develop a customer version to enable anyone to start dreaming about Dakar but also simply about exploring the desert and the unknown. In May 2014 the Yamaha WR450F Rally made its debut on the race scene, as part of the testing process, at the Italian Baja Championship with the factory supported rider and 2012 Baja World Champion, Manuel Lucchese. The bike immediately made it on the top of the podium with an overall win which helped also catch the Championship leadership but mostly demonstrating the potential of this model. The R&D went throughout a 12 months period since the start of the project in October 2013 with a key objective, to produce a rally bike that would be the most affordable on the market but also that would grant reliability and performance. To achieve this the italian rider Manuel Lucchese was hired to guide the engineers in the right direction since he has on his back 2 Dakar participations as a privateer and several years racing in the World Cross Country Rallies Championship. The biggest challenge was to deliver a bike that without the need of upgrades could bring anyone to conquer the Dakar finish and subsequently any other rally without having to worry about the need of having particular mechanical knowledge and last but not least making the Yamaha WR450F Rally come out at an affordable and human price. Today we are proud to present the Yamaha WR450F Rally in its final customer version at the incredible retail price of 13.490 euro (vat excl.). 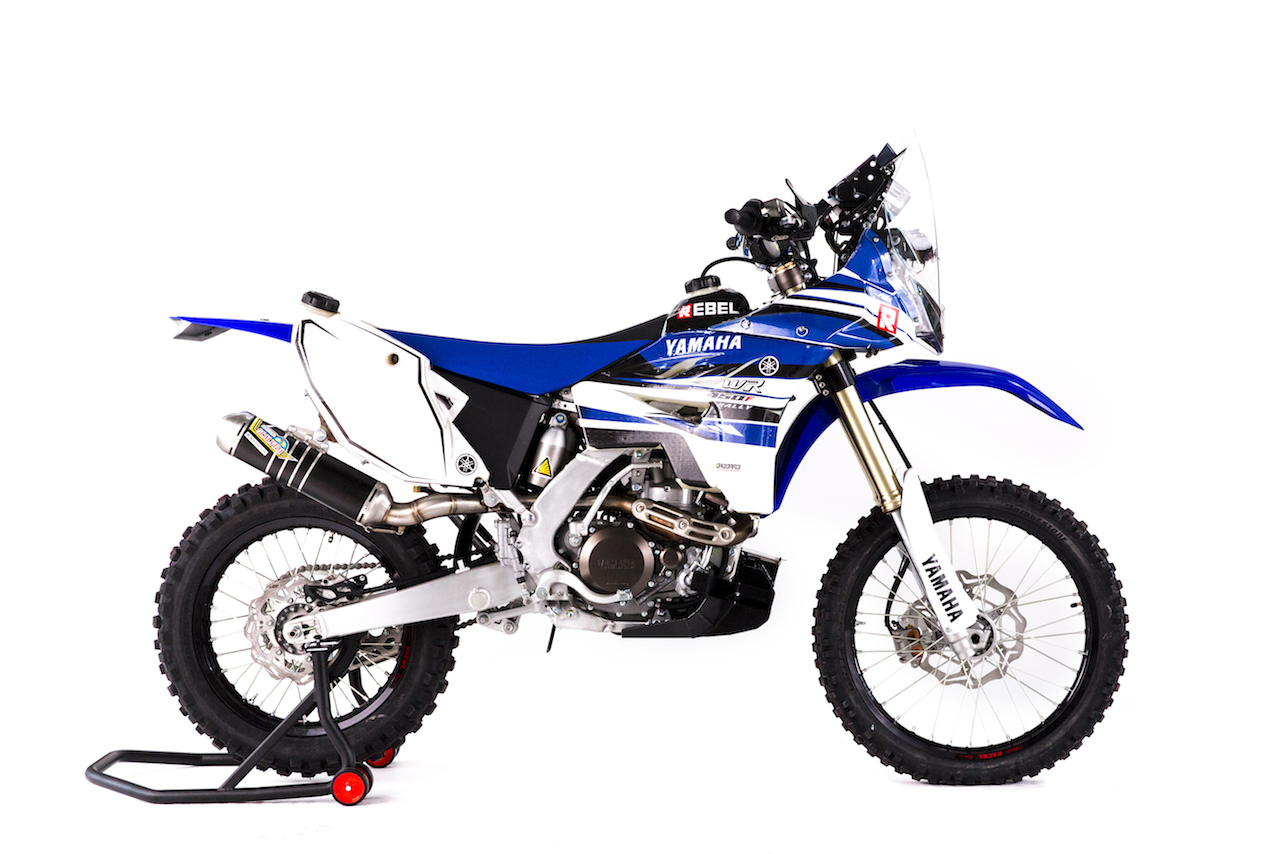 The bike meets the Dakar regulations standards and so this gives the chance to any rider to have a machine ready to race Dakar and any other international rally without having to make any modifications. 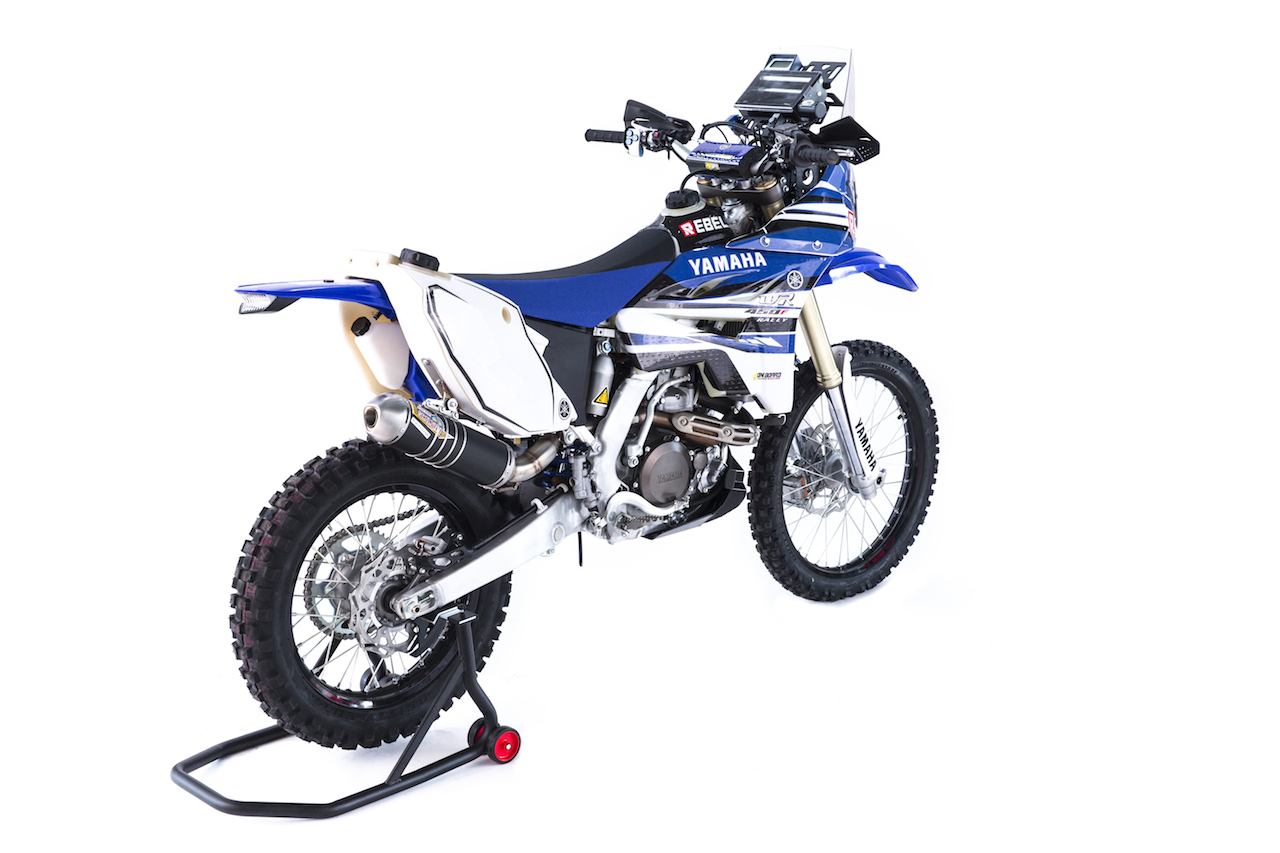 Some of the main features of the WR450F Rally are a fuel tank capacity of almost 29 litres distributed in a homogeneous way through the 2 plastic tanks which deliver an autonomy of over 300km on offroad. A special bashplate has been designed with a water reserve, a water pump protector and a big toolbox in order to avoid having to wear a tool bag and favouring the position of the weights lower to the ground. The bike is equipped with full navigation system that counts an electric roadbook holder, a tripmaster and a handlebar command that let’s you adjust both navigation instruments. 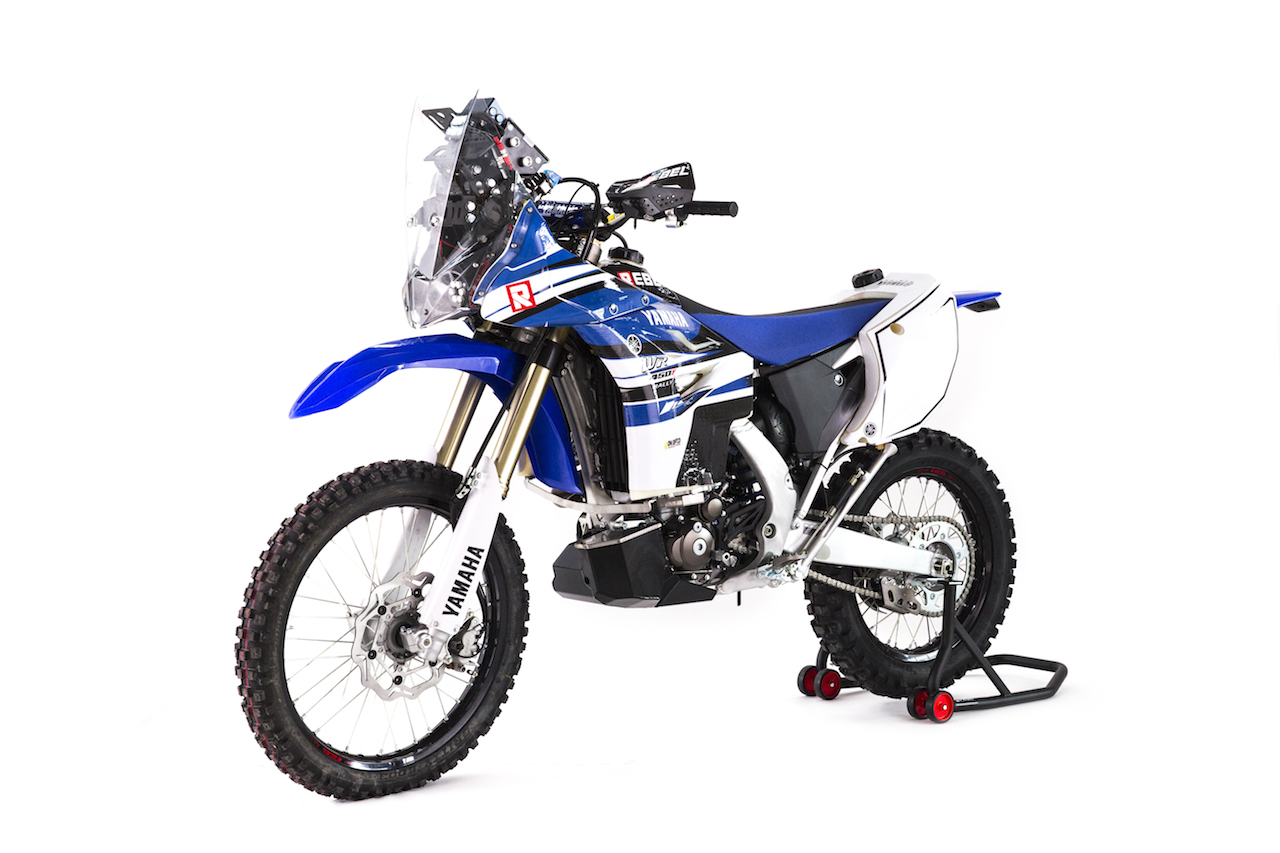 The navigation tower is developed with a new innovative patented frame bracket system which excludes any modification and gives the chance to quickly and easily switch the bike from rally configuration to enduro, since the whole tower can be dismounted simply taking out 2 bolts. Furthermore the tower is machined from solid, this giving the structure a great resistance to impacts and it comes right away with Iritrack mount, fuse box, speedocap mount, 2nd tripmaster mount and Gps/Iritrack Antennas support bracket. The lights are LED with a power of 50 watt each mounted inside a special plastic shell that removes light glare from the transparent plexiglass fairing. The fairing is mounted on the tower and front fuel tank with 6 quick release buckles to make it extremely quick to mount/dismount without the need of any tools. 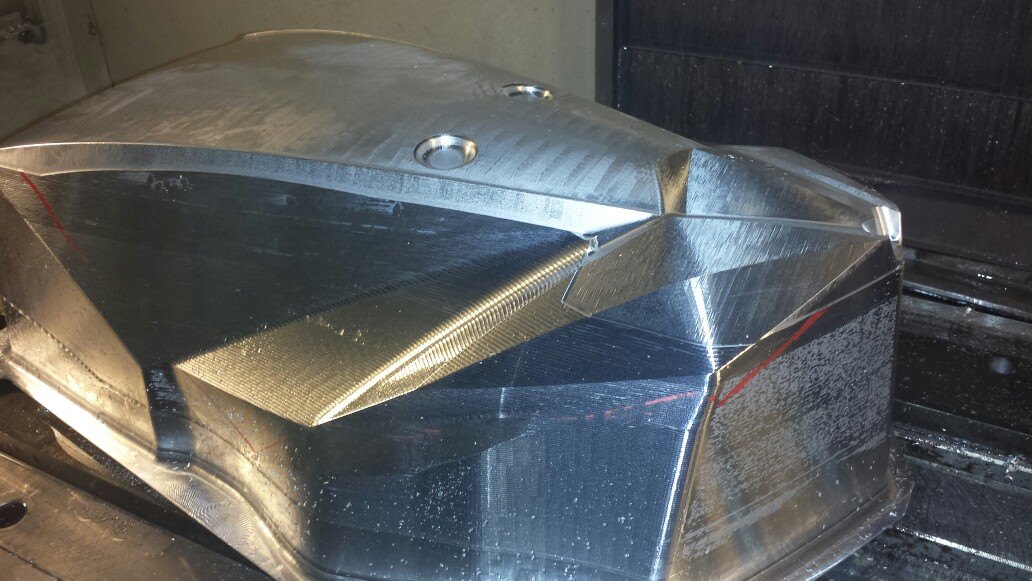 Going on to the exhaust system, this was developed with a long series of dyno tests in order to achieve a generally better performance both at high and low rpm and predispose the bike for rallies where generally average speed are much higher compared to enduro. For this reason together with the exhaust also the Ecu has recieved re-mapping. Due to the higher speeds the brake system needed improvements so a 270mm oversize front wave brake disk is mounted together with a caliper support on which the tripmaster sensor is inserted. 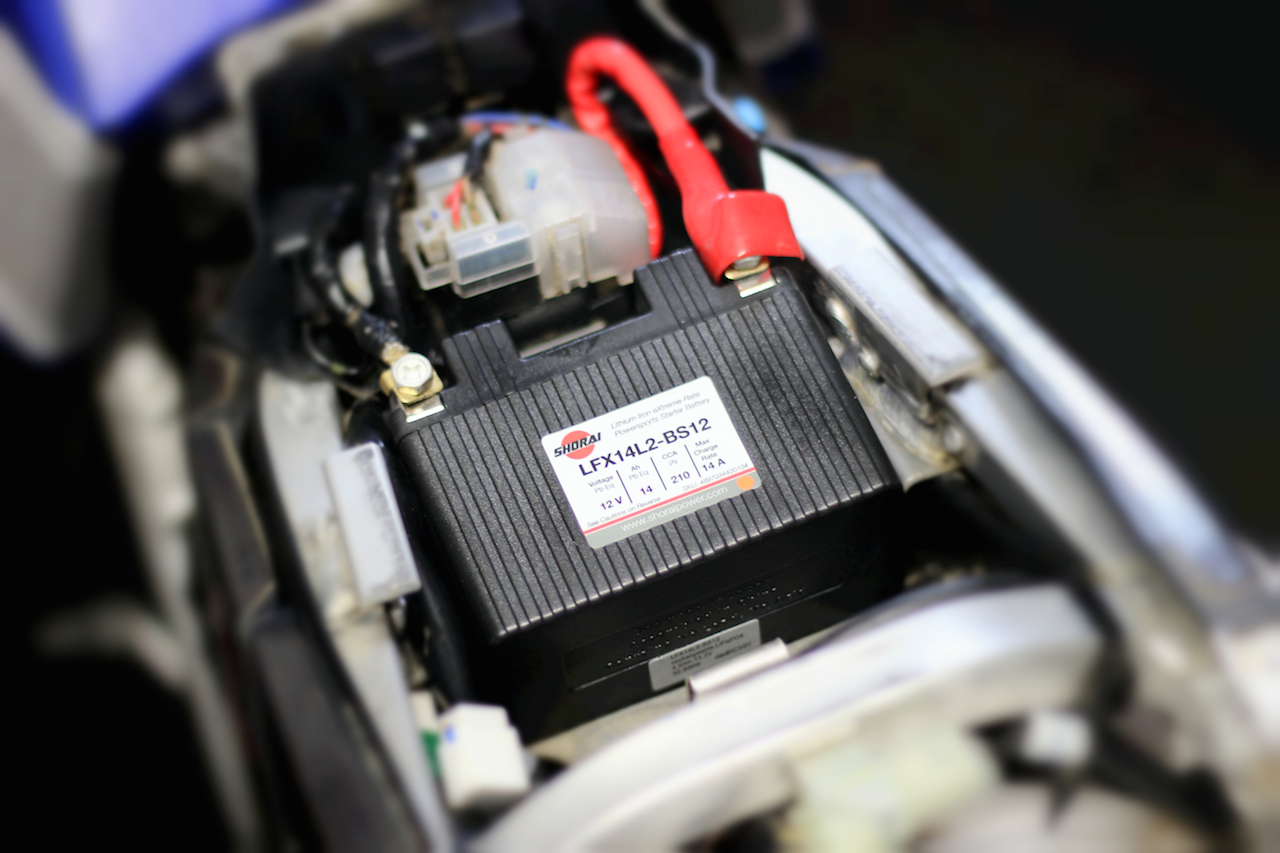 One of the last but not least important features comes from the electrical section where under the seat you can find a 14 Ah lithium battery which has a weight of only 700gr and grants enough power to keep all the navigations instruments turned on without fearing about the battery running out. The navigation equipment has its own seperate circuit going into the battery so in case the switching to enduro of the bike is simple and plug&play. To end with the WR450F Rally features graphics on the tanks and fairing made out of crystal to ensure maximum protection from scratches. Thanks to a special glue combined with little cuts on the stickers, these eliminate bubble formation from fuel evaporation. 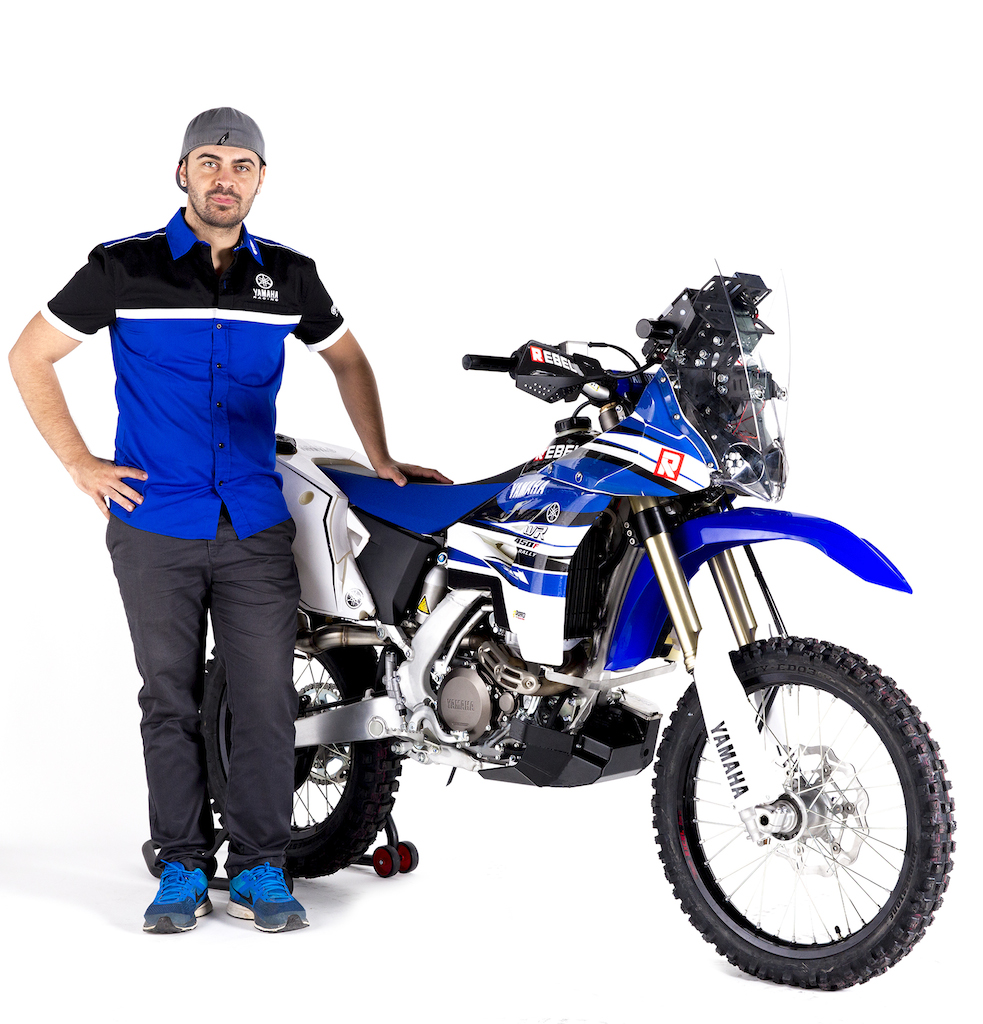 In conclusion the new Yamaha WR450F Rally wants to be a bike dedicated to big adventures and exploration but also a ready to race machine for those who love challenges delivering performance, reliability and simplicity at an affordable price of 13.490 euro vat excl. It will also be possible for those who already own a Yamaha WR450F to buy just the Rally Kit seperately at a retail price of 5.690 euro vat excl.

Ultimately people that want upgrades such as cush drive wheels, steering damper, higher seat and so on, there will be a series of optionals on catalogue with which you can customize the bike.

The Yamaha WR450F Rally can be purchased from today through the only exclusive distributor of this model, Rebel X Sports Srl. For more info you can either contact Yamaha Motor Italy or Rebel X Sports through this page CLICK HERE and email rebelxsports@gmail.com .