Podium at the Sertoes Rally in Brazil

by Administration on September 4, 2017 in Racing

Last weekend (08/26/2017) happened the closing stage of the most challenging rally in Brazil, the “Rally Dos Sertões”. A competition with more than 3,300 kilometers, of which almost 2,000 kilometers were “special stages” (timed sections), requiring participants not only speed, demanding a lot of technique, navigation and experience to handle numerous unforeseen procedures. During the seven stages of the 25th edition of the “Rally Dos Sertões” riders and machines were taken to the limit of performance, with technical sections, a lot of speed, crossings in rivers of unknown depth and long days with more than 600 kilometers riden between one destination and another, under very hot weather and much dust. In the midst of all these challenges, Yamaha’s motorcycle dealership rider Bruno Leles #35 competing with his new Yamaha YZ450 FX 2017 stood out among the participants with a great result in his debut in the competition. It was a real pleasure to see that our Yamaha T4 Rally Kit accompanied Bruno in his great podium finish. 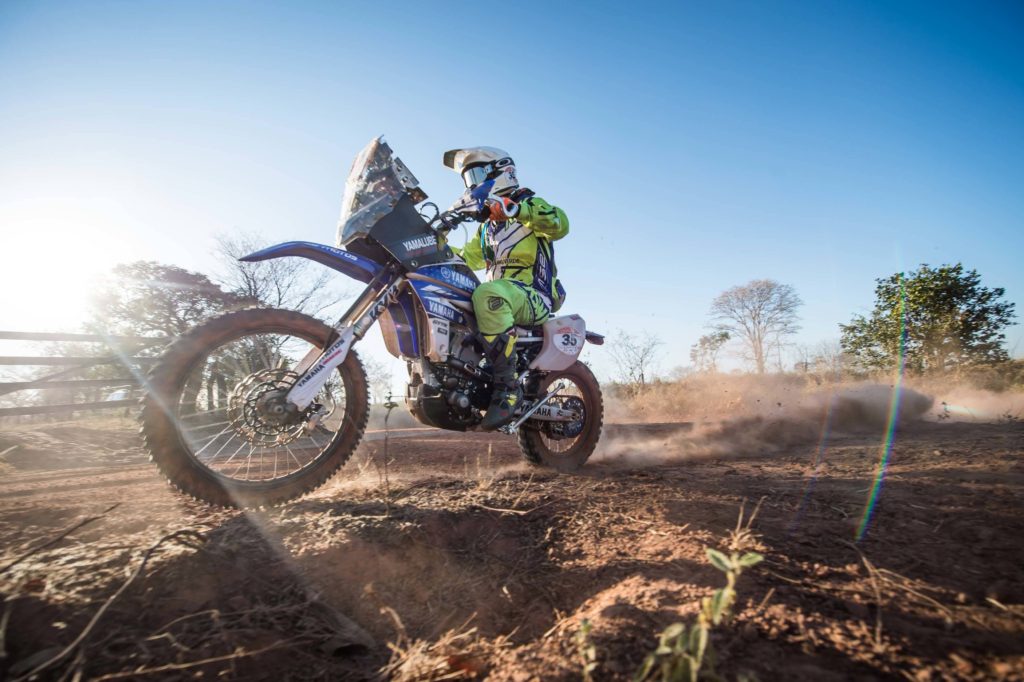 Soon in the first day competition the pilot Bruno Leles showed that he would be a daring newcomer and would search for the best possible results. So, it happened, making the ninth time between motorcycles and ATVs in the stage that sets the starting order for the first stage of the competition – “Prólogo”. The first stages were of adaptation. In the first stage (Goiânia / GO – Goianésia / GO) Bruno made the 16th time of the overall classification and the 4th time in his category, the Open Production. In the second stage (Goinésia / GO – Santa Terezinha do Goiás / GO) he remained in 4th of the category and moved up to 18th of the overall classification. The learning curve was over, there was no more time to lose, with the goal drawn, the turnaround time had come. The third stage (Santa Terezinha do Goiás / GO – Aruanã / GO) took the rider of the “Concessionária Use Motos” to the top of the classification tables, with the 8th best time of the overall classification and for the first time he reached the highest
place of the chats in his category. 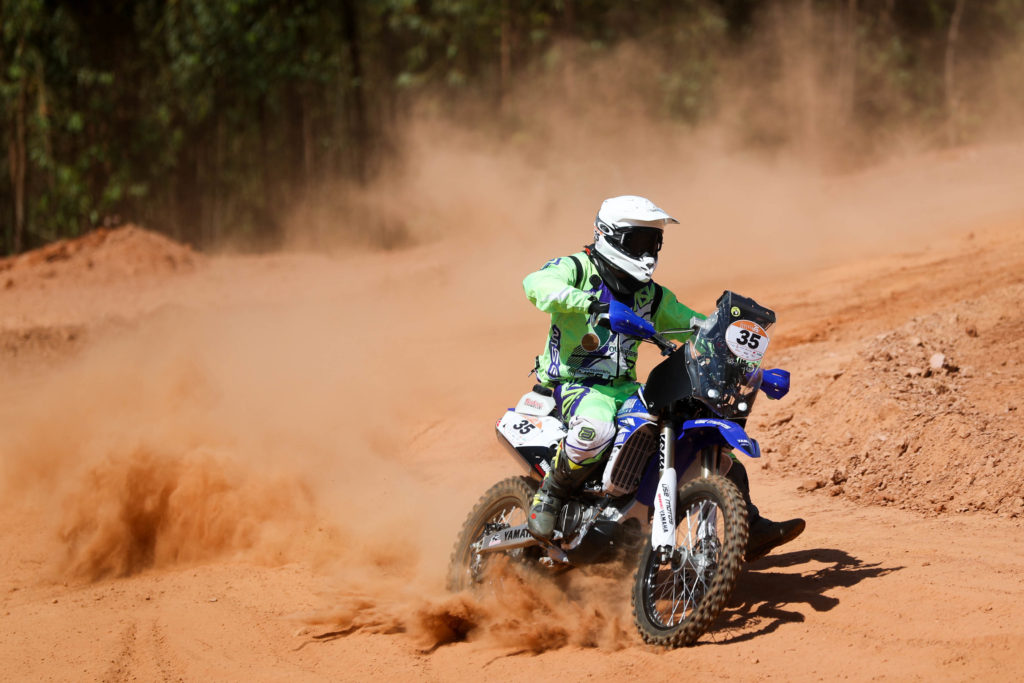 From then on, it was seen that aiming for the first place was not impossible. The next results would be better than anyone could imagine. 4th in the overall and 1o of the category in the fourth stage (Aruanã / GO – Barra do Garças / MT). 3rd in overall and again 1st in the category in the fifth stage (Barra do Garças / MT – Coxim / MS) and in the sixth stage (Coxim / MS – Aquidauana / MS) 6th overall and for the fourth consecutive time 1st place in the category. Only one more stage (Aquidauana / MS – Bonito / MS) separated him from the total anonymity, in which he started the competition, to recognition of a year of planning, training, dedication and much anxiety. With a flashback of everything that happened until arriving at that moment, the start was given to what might be the most difficult day of his rally, not because of technical difficulties imposed by the course, which weren’t few, but to know that to end the day of competition in a good position was crucial not only to secure the highest place of the podium but also to achieve an old dream. Not disappointing his fans he managed to finish the day among the first placed. 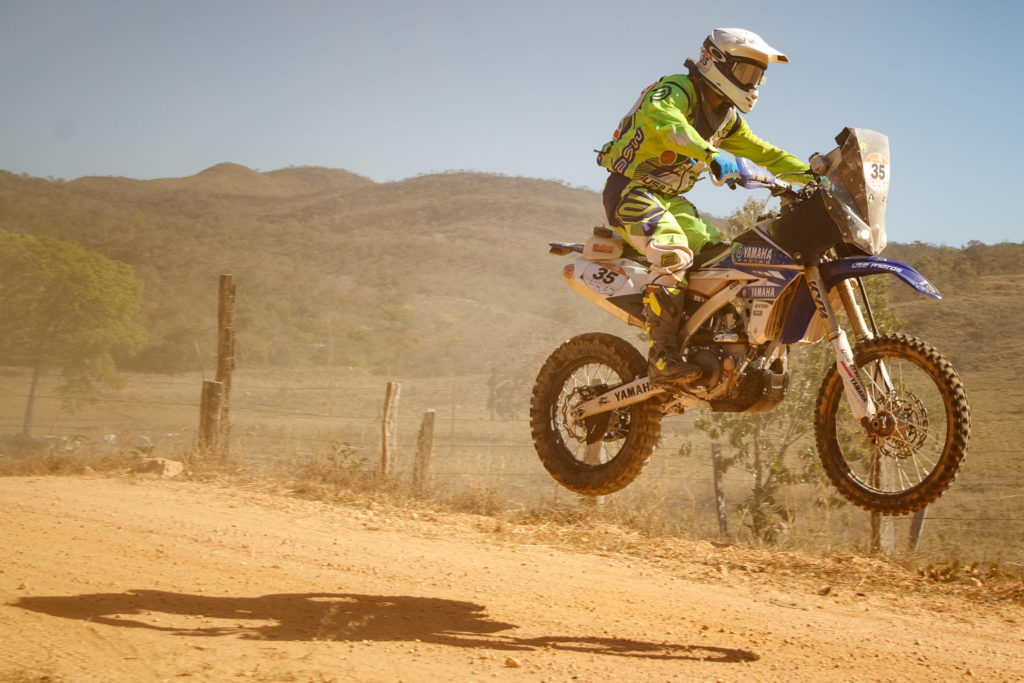 By that, he secured in his first participation in the “Rally Dos Sertões” the indescribable 1st place in the Open Production category and an impressive 3rd place in the overall standings alongside names like Jean Azevedo (7x “Rally Dos Sertões” Champion), Gregorio Caselani (the title defender) and placing himself among names already consecrated in the world of rally and off-road. 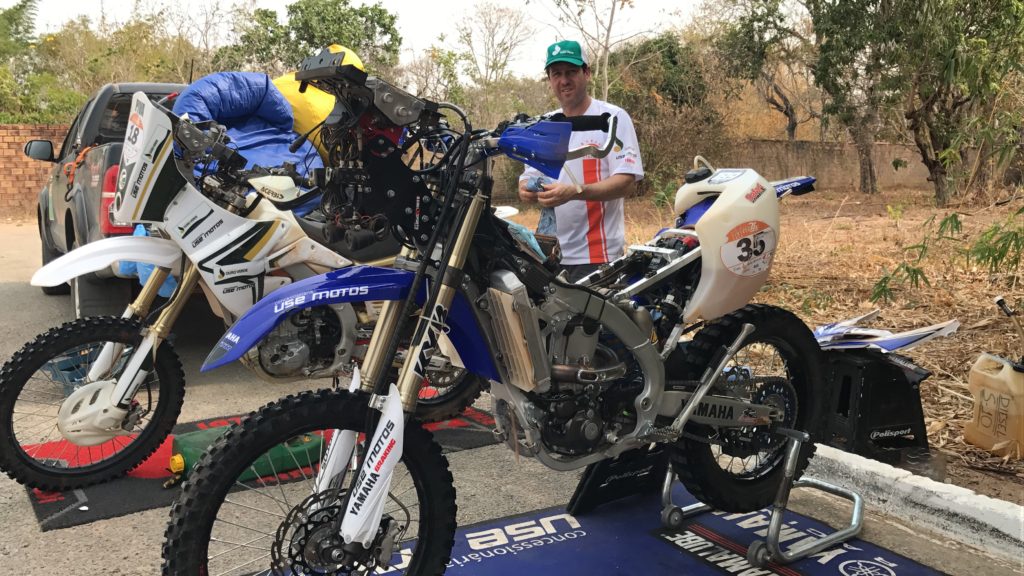