by Administration on September 4, 2015 in Product News

Rebel X Sports is proud to present its new rally kit, this time for the Ktm EXC 450cc and 500cc models. The company, specialized in the R&D and production of rally accessories, brings a revolutionary kit in which for the first time WiFi technology and a 10 level traction control are introduced in desert racing. 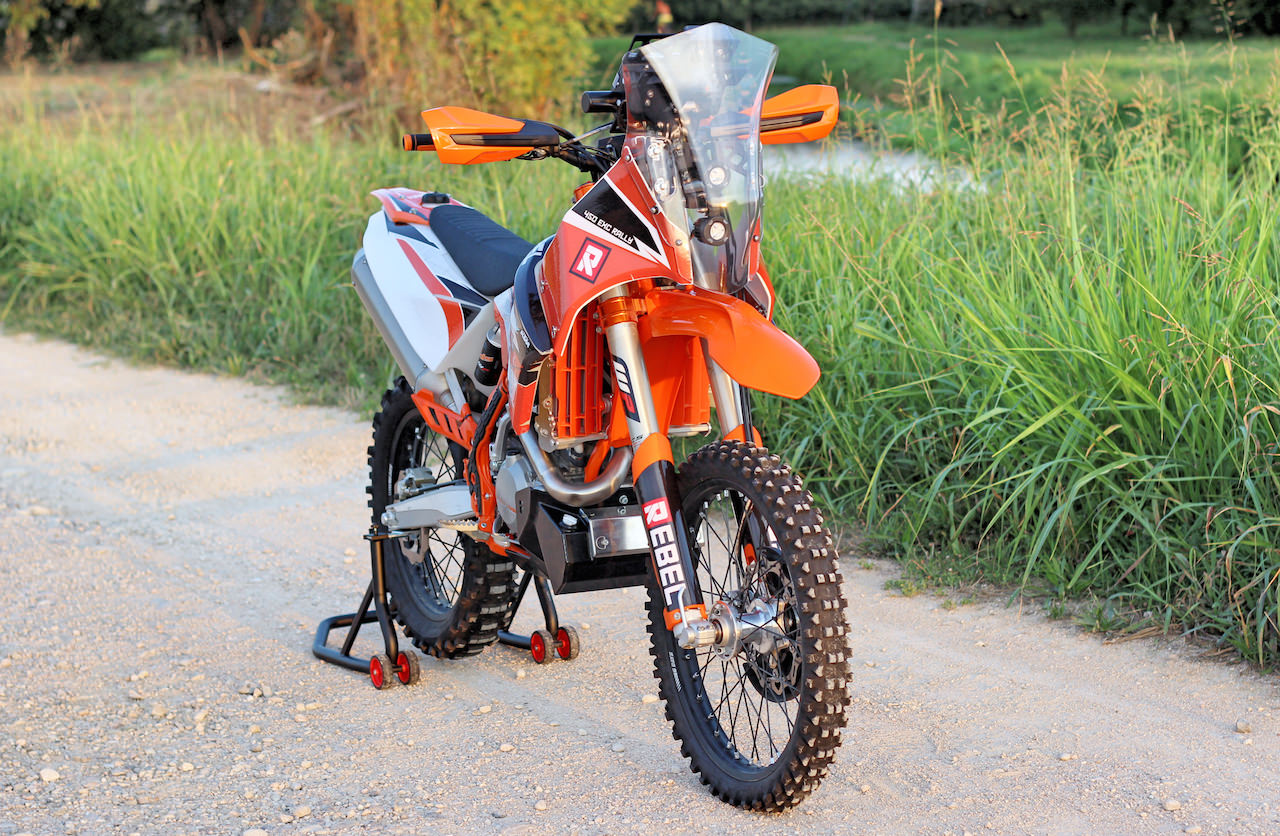 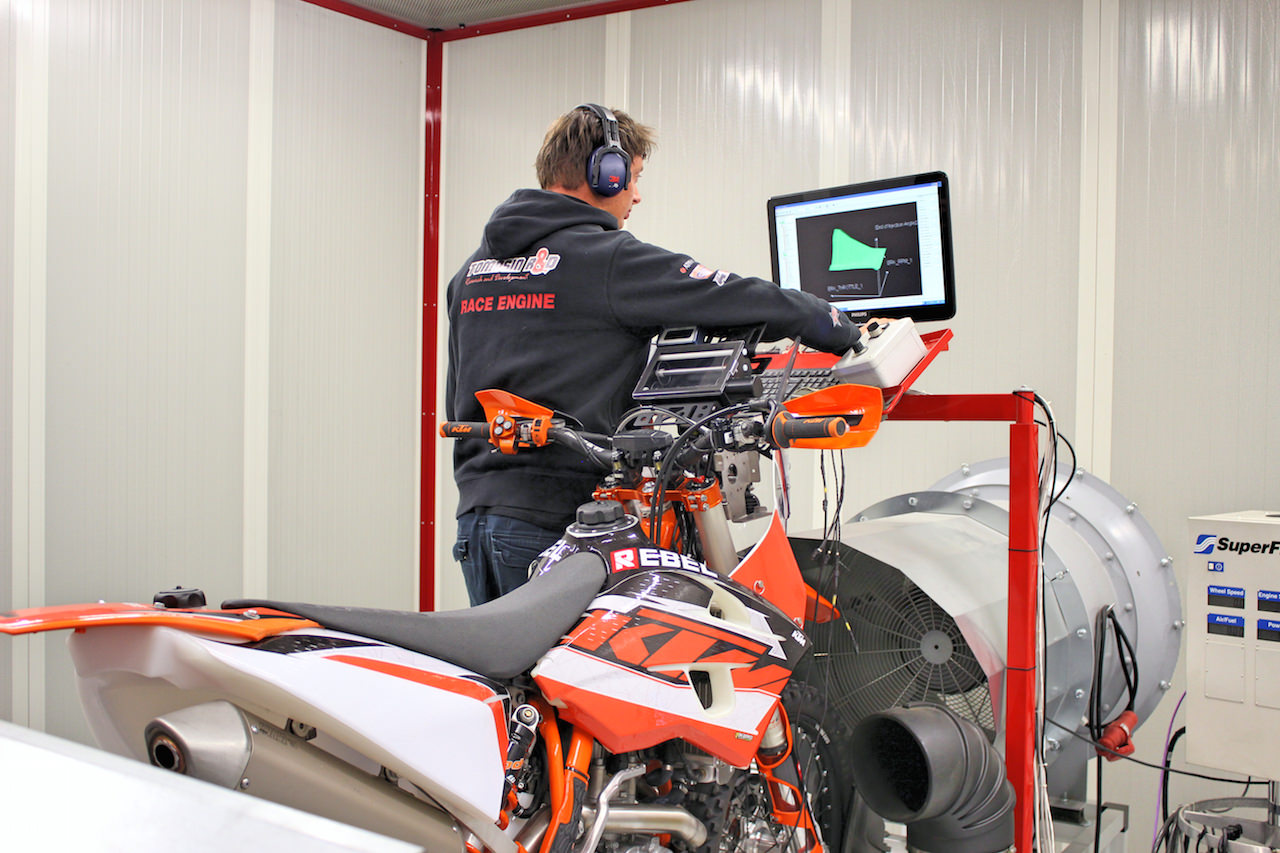 Electronics is at the heart of this new project and an expert like Enrico Tomasin was hired to perform the development of a special rally Ecu. After a long period of both dyno and dynamic tests the result achieved is an Ecu that adapts to the needs of rally riders where mid range and top end mixed with manageability of power were set as the main goal of improvement. Moreover, thanks to the use of Get hardware, it was possible to insert a 10 level traction control system connected to a handlebar switch can easily be adjusted while riding being set on the level of traction one is willing to have. This system is based on algorithms that act on the way power is released and the speed at which the engine rev’s up. When set on level 10 a maximum traction control is obatined with the bike avoiding to skid but clearly, in rallies, riders will adjust the level several times based on the terrain they are riding on in order to always manage to discharge the power of the bike to the ground. 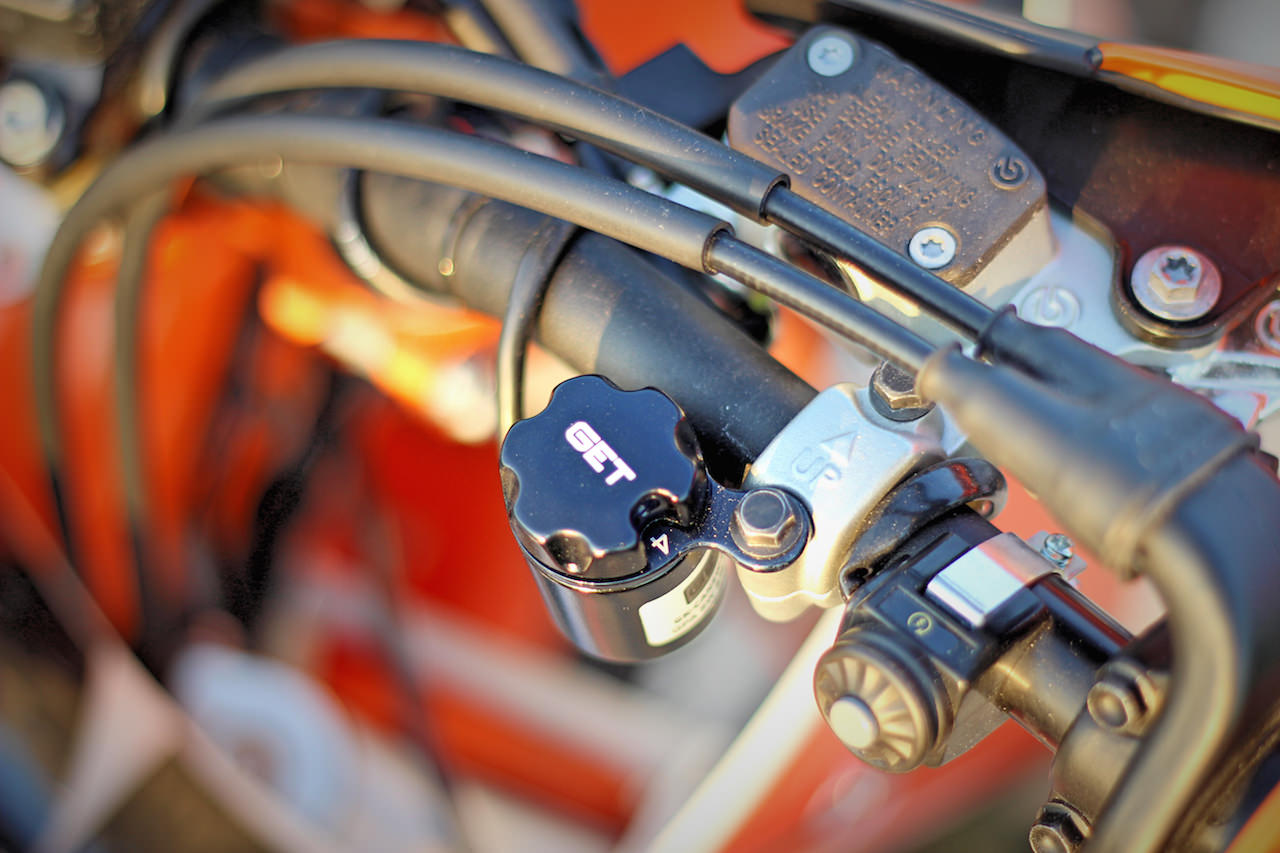 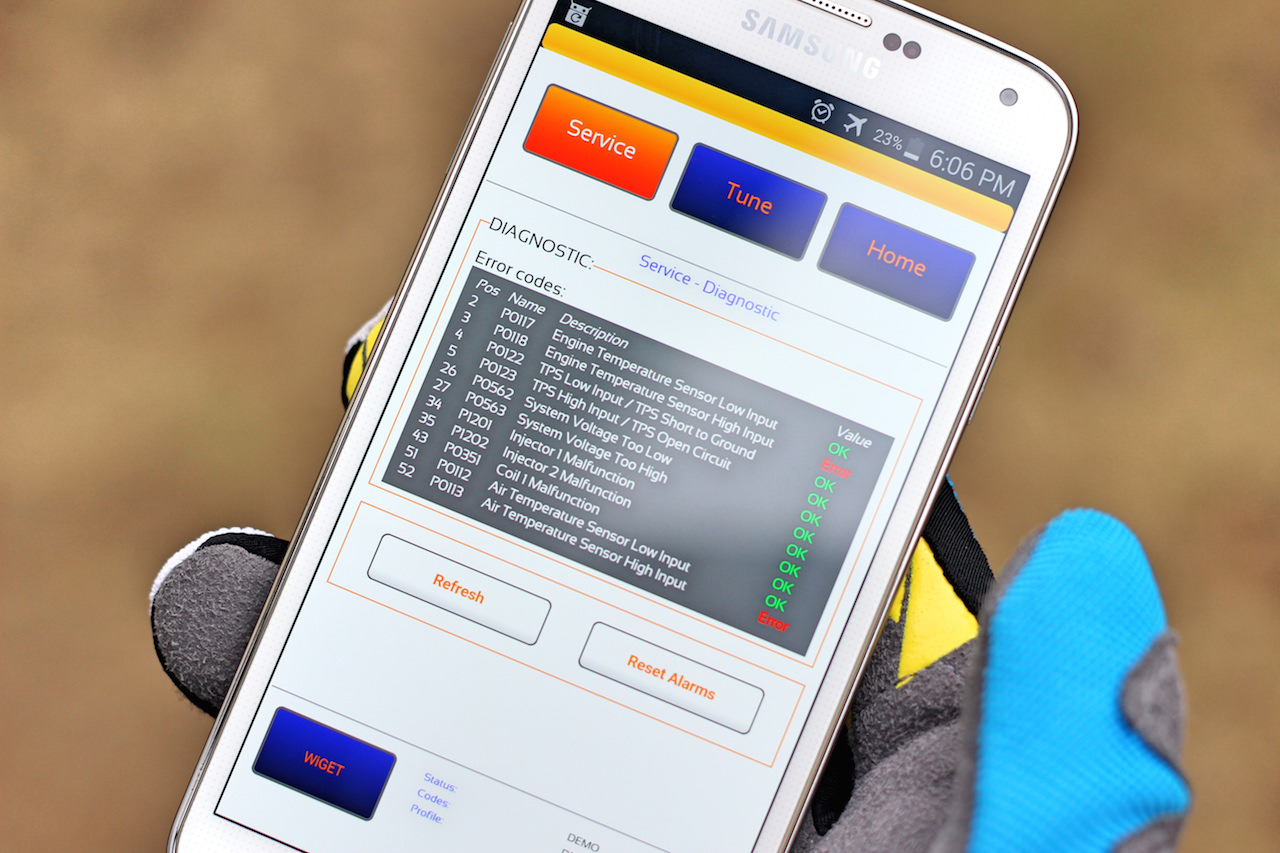 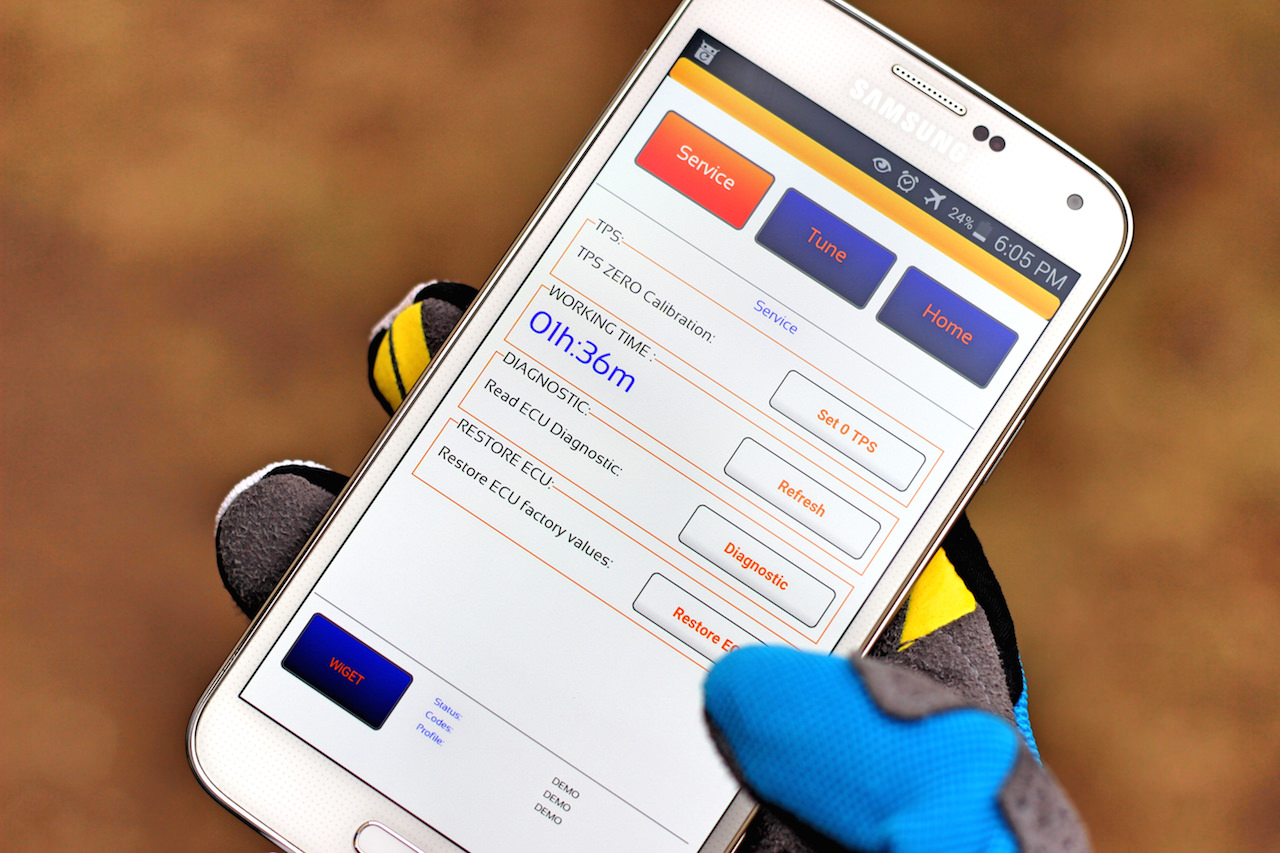 This technology had been used to date only by factory teams but now its finally being made available to both pro-riders and amateurs. Surely one of the main features of this Ecu, other than the traction control, is the WiFi connectivity with iOS, Android and Windows devices such as smartphones and tablets. Through a free app it will be possible to access the motorbike’s Ecu to modify parameters, maps but most importantly for the first time the chance of doing the diagnosis is given to the user without the need of going to an authorized dealer (whom usually are the only ones that can have access to diagnosis). With the WiFi module it is really straight forward to launch the troubleshoot test to check if there are any errors with Tps sensor, Fuel Injectors, Temperature peaks and so on. This system will enable many riders from avoiding withdrawals in races and help in difficult situations. During desert races and rallies such as the Dakar this is a real game changer because it will also prevent riders from losing hours to figure out certain problems and cut-outs that may arise with the fuel injection system of the motorbike. 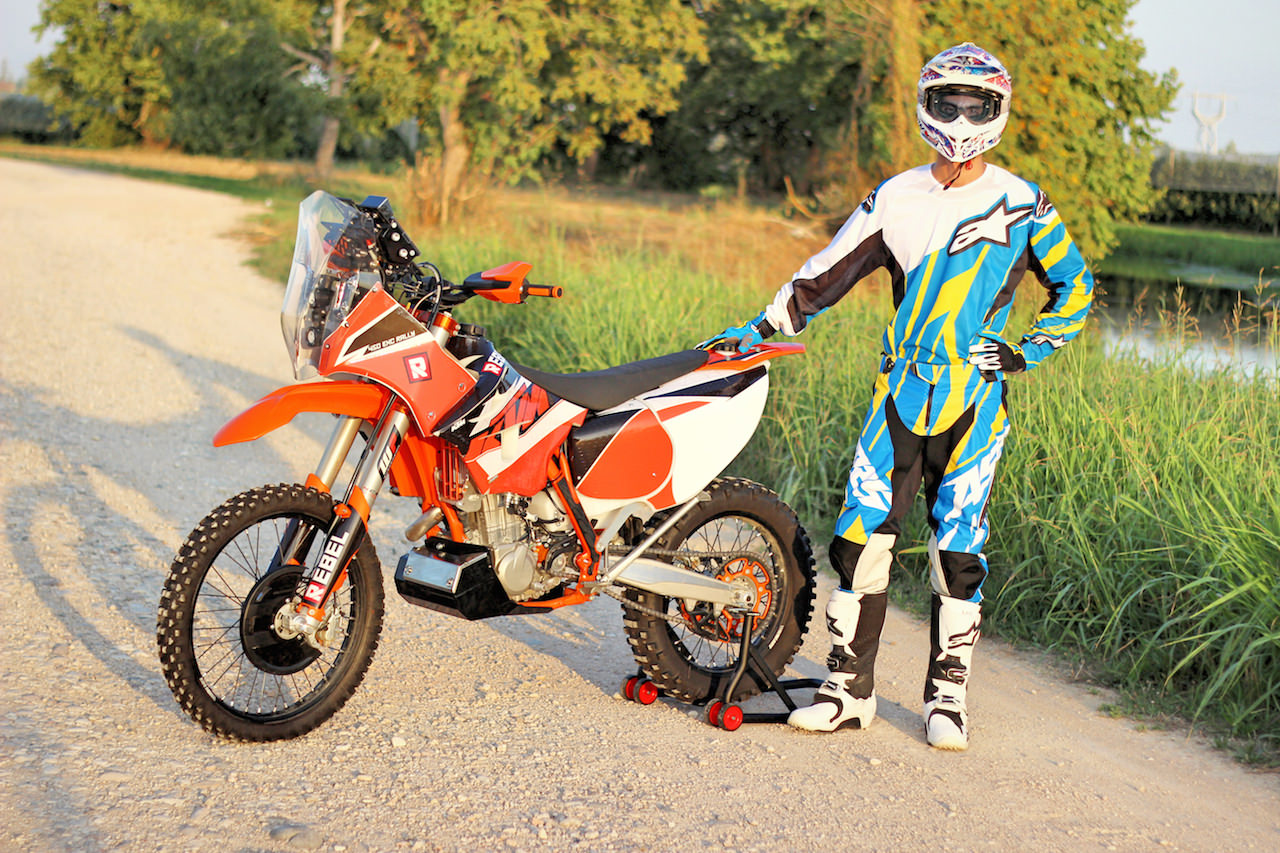 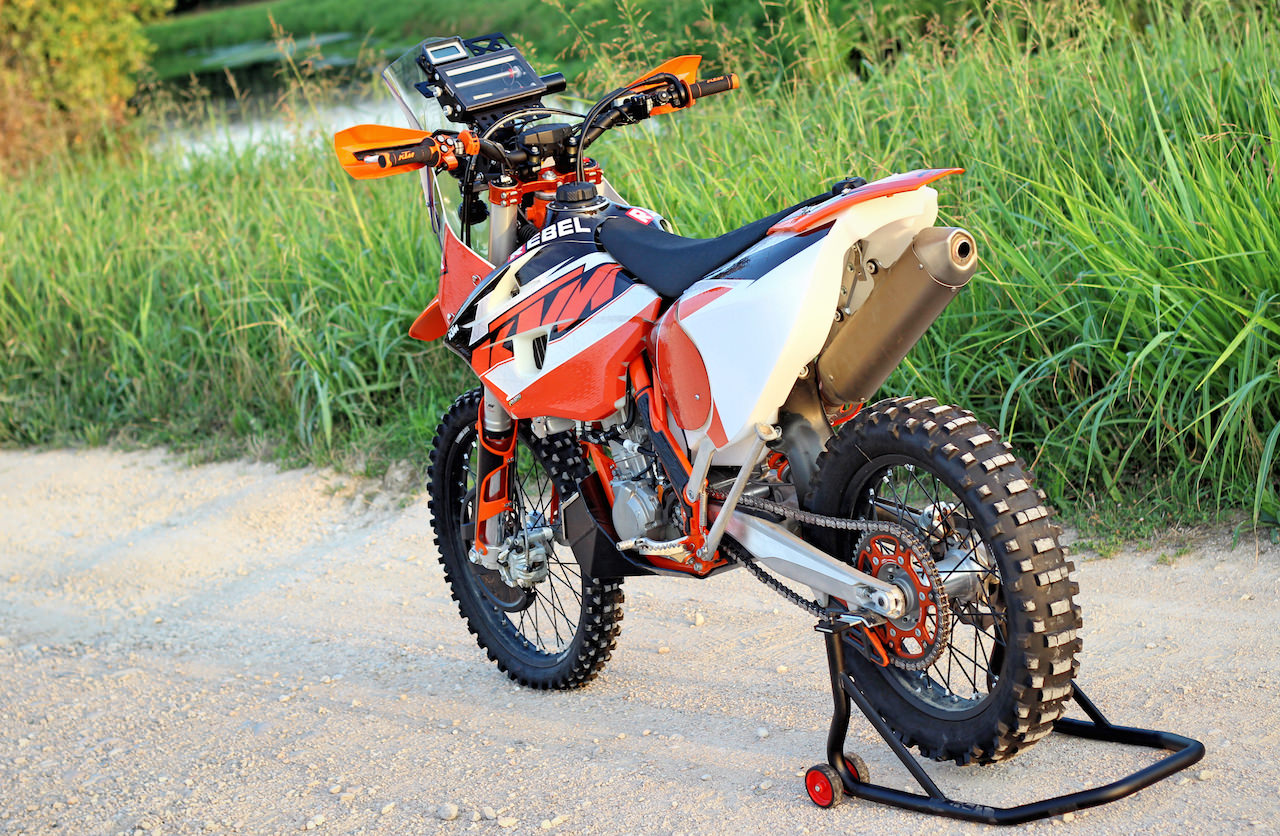 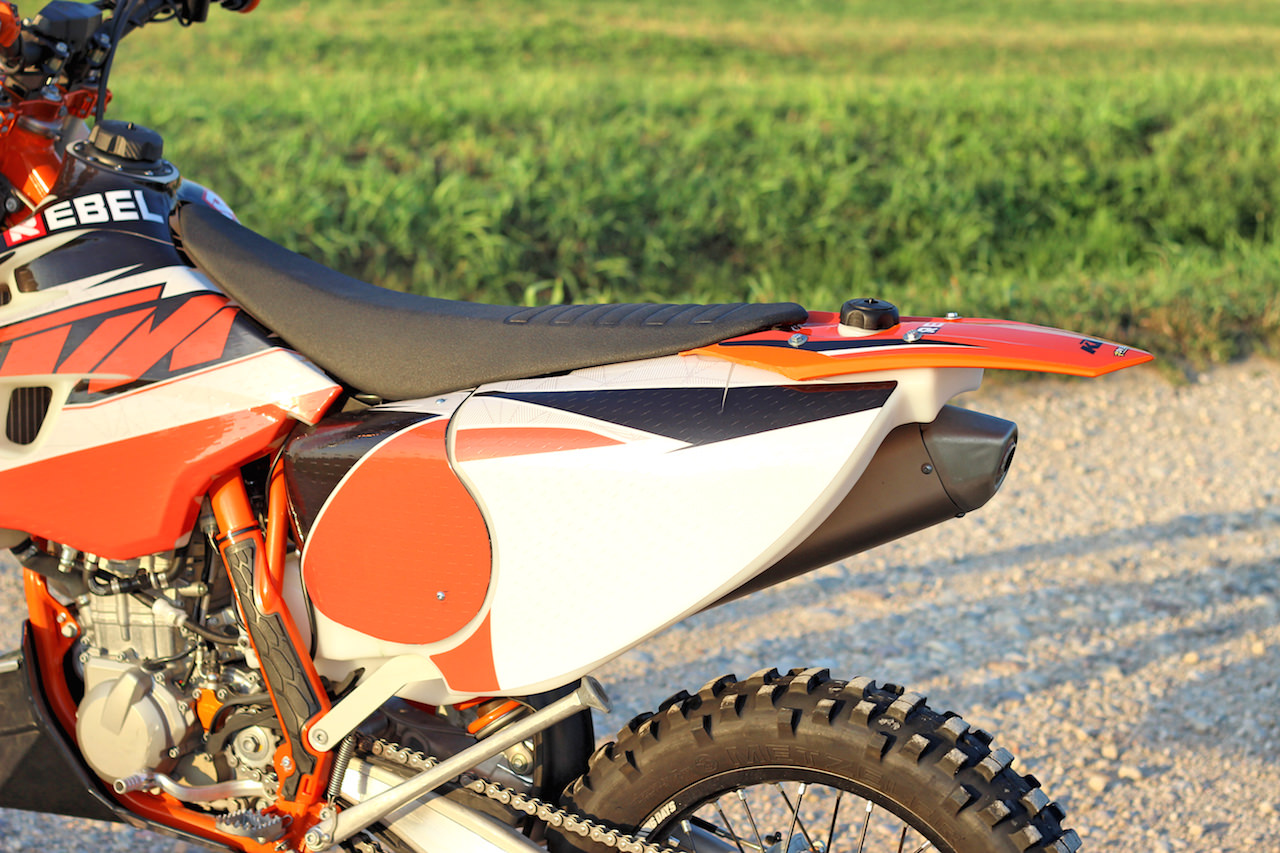 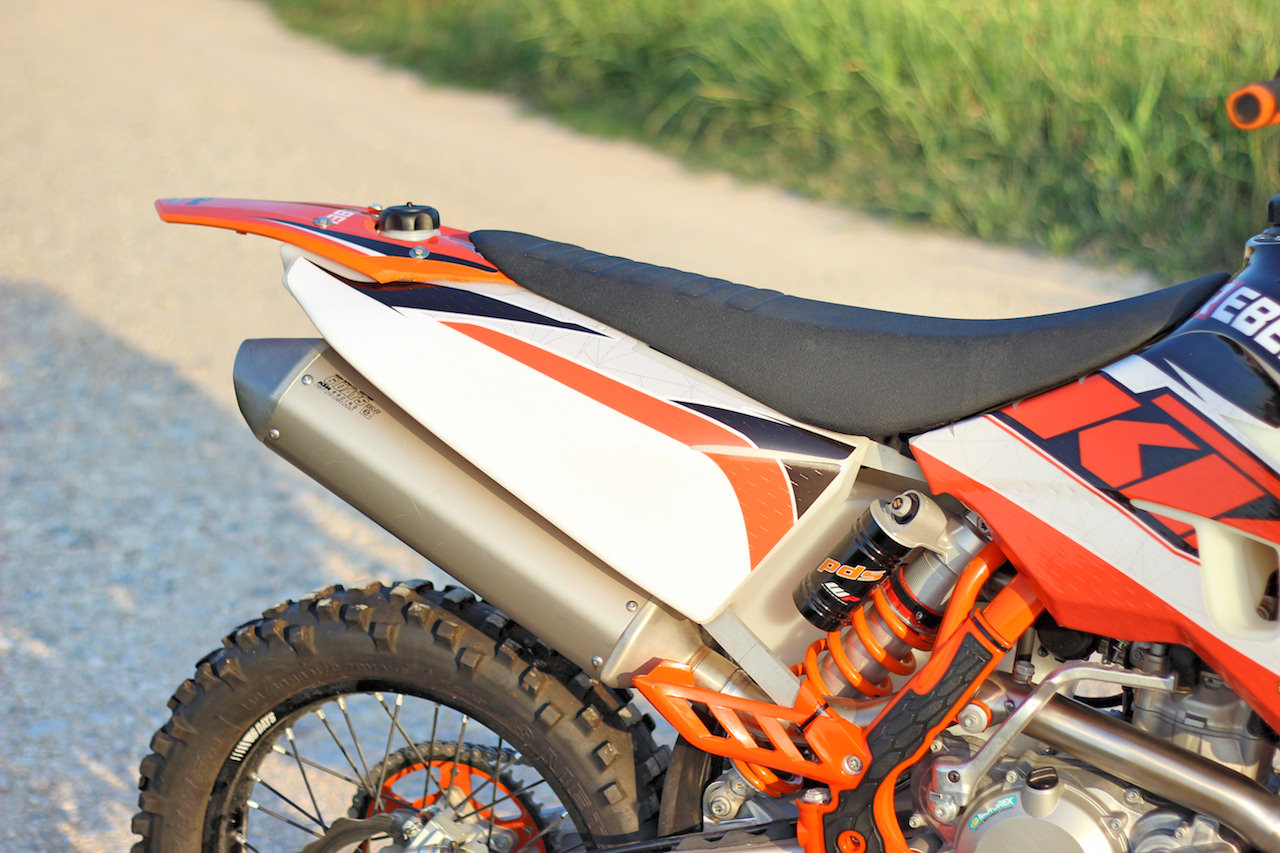 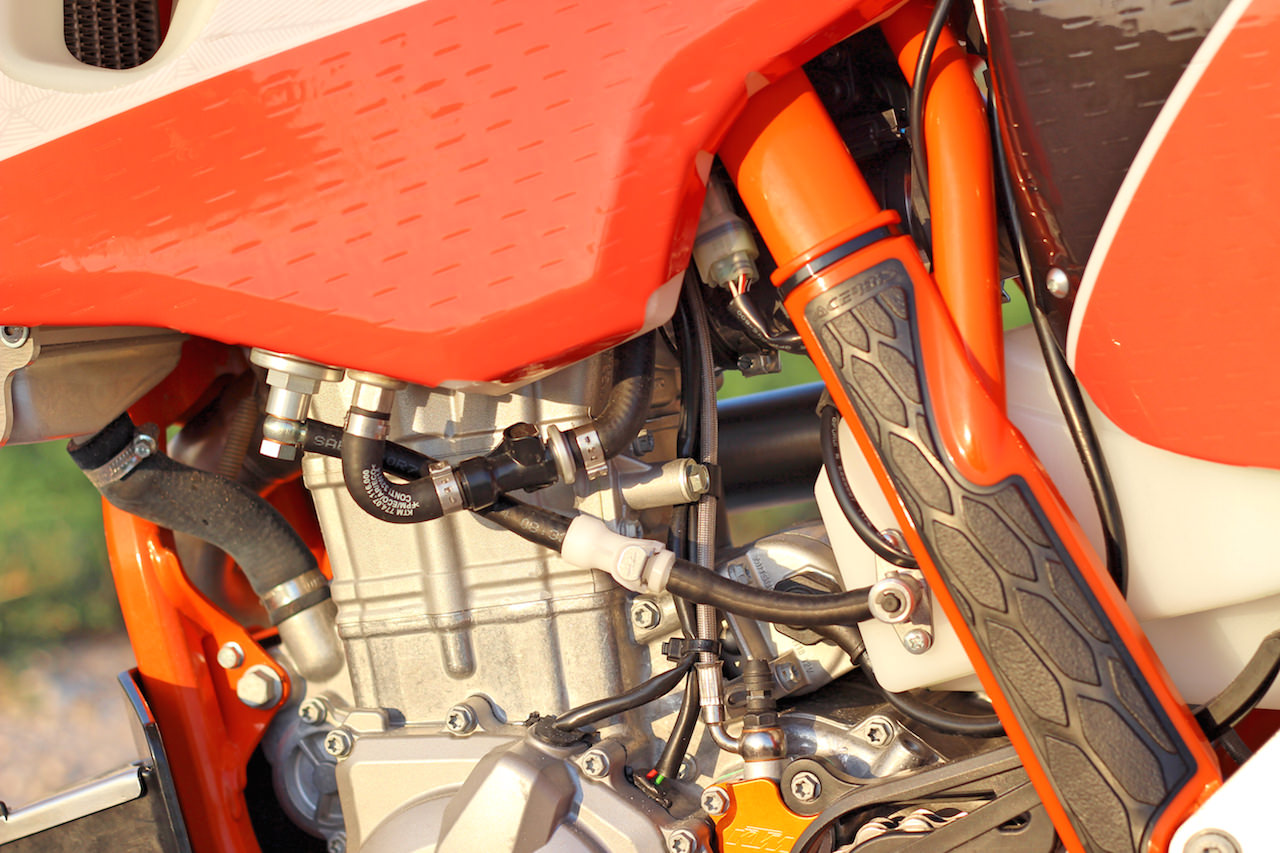 Moving on to the physical design of the EXC Rally kit we find 2 plastic tanks with a capacity of 15.5 and 16 litres distributed in order to centralize the mass for good handling ending up with 31.5 liters total of fuel that grants a long autonomy. The two tanks are directly connected through a dual valve quick release disconnect eliminating the need of extra fuel pumps nor vacuum pumps . This favours a fast dismount and a homogenous fuel consumption due to the communicating vessels. Furthermore the rear tank is provided together with a complete subframe together with a built in alluminium airbox designed to also install a 2nd injector (sold seperately as an optional). 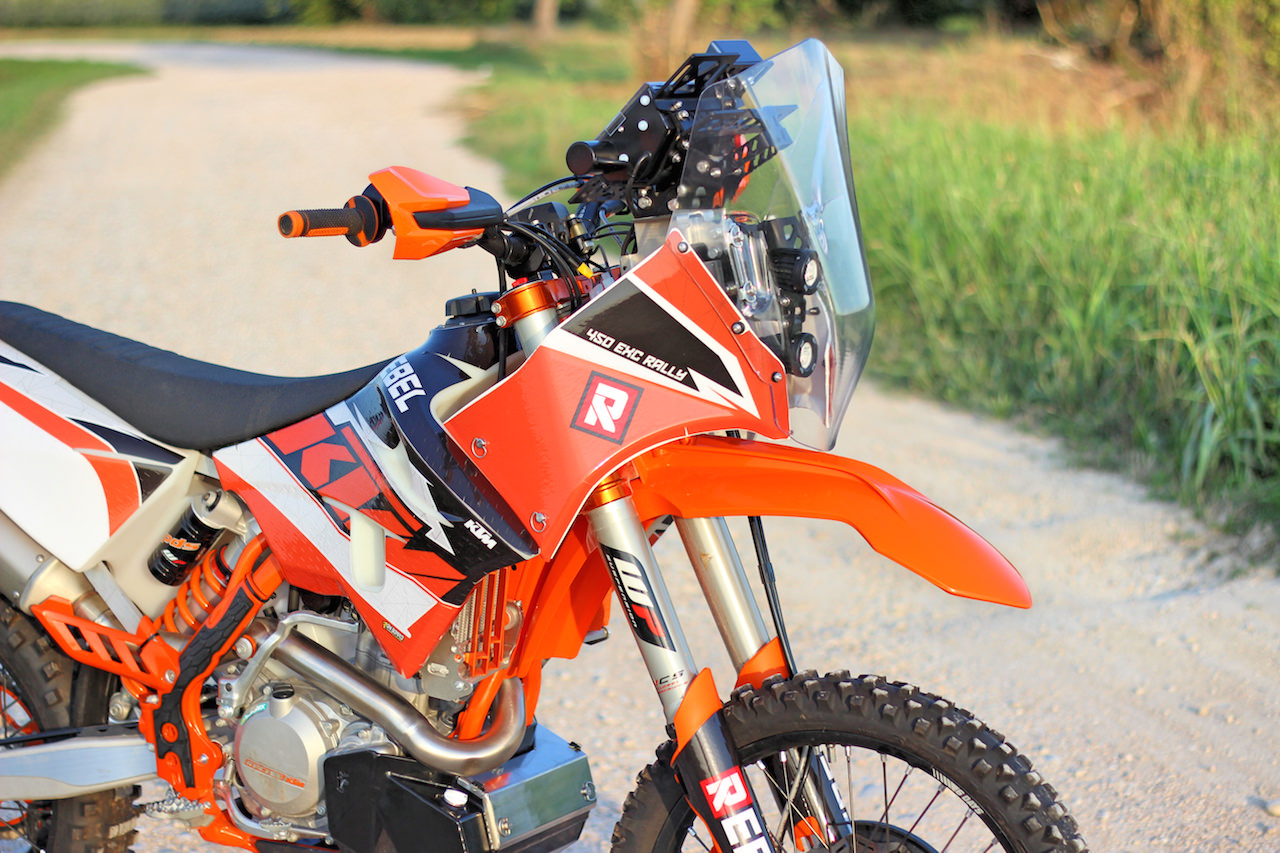 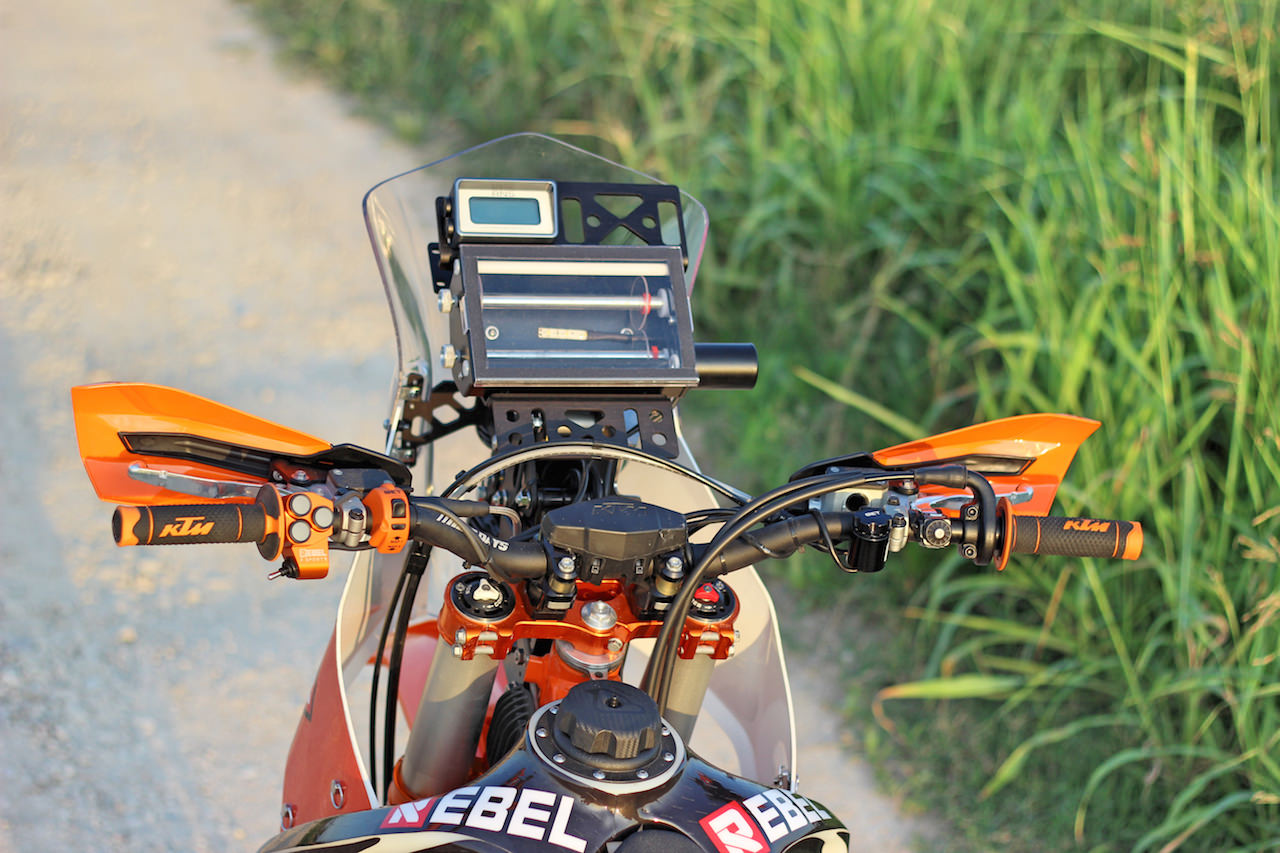 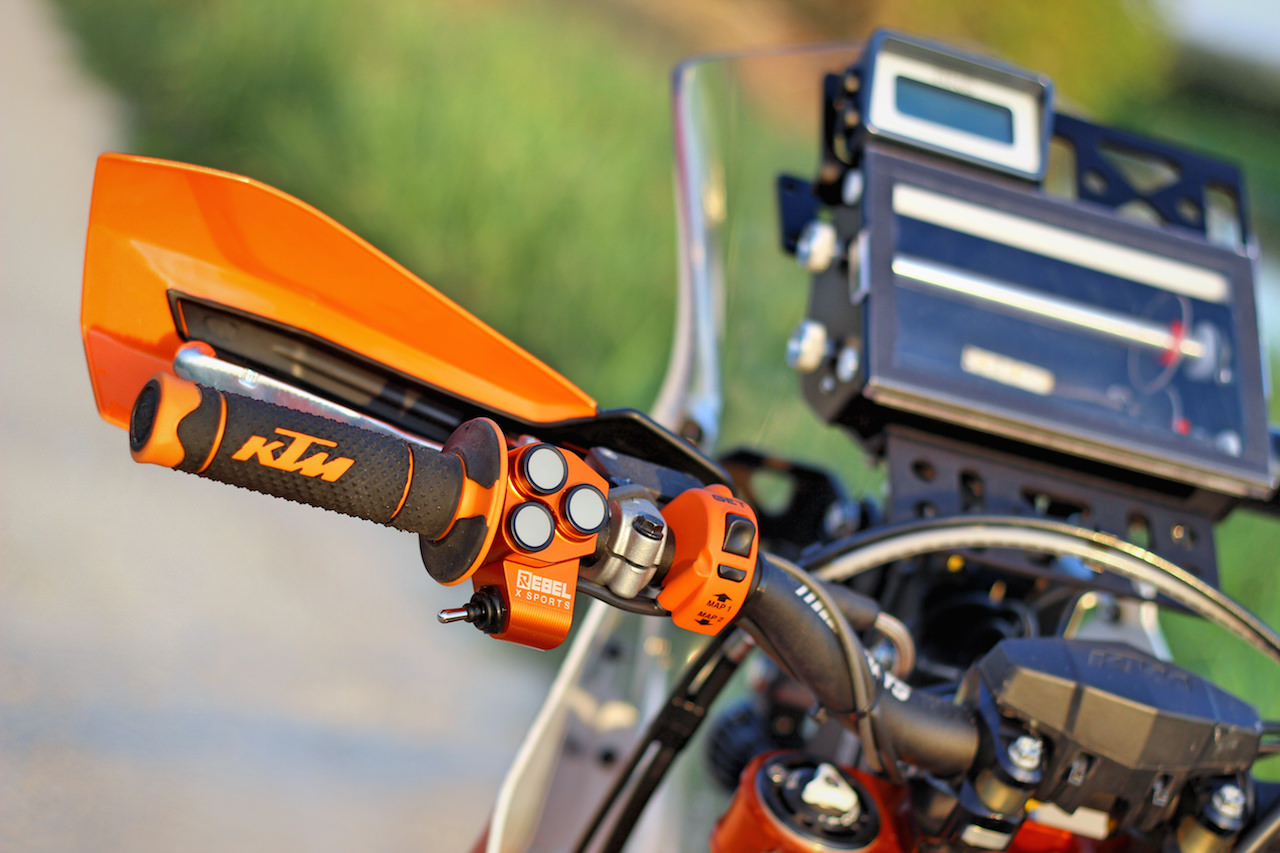 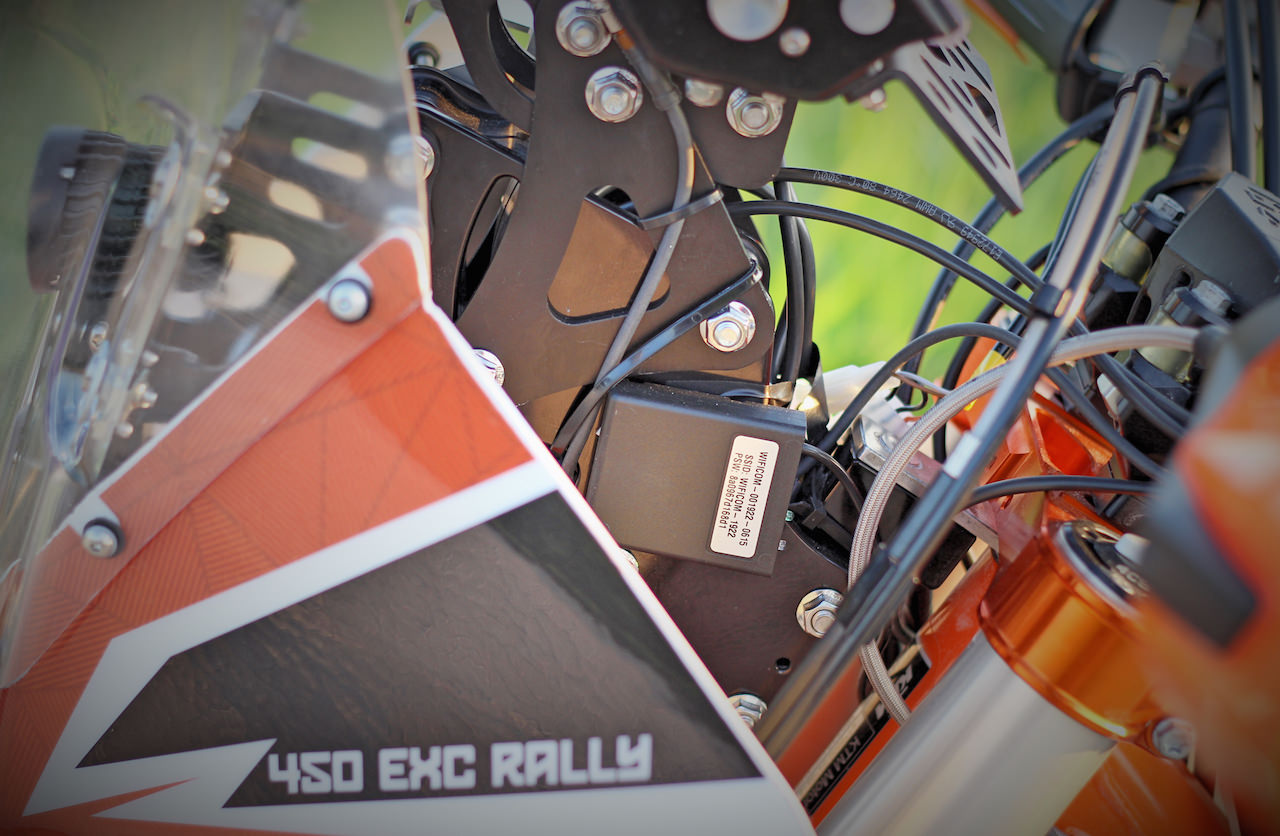 The navigation tower is completely made out of alluminium machined from solid and uses a special bracket system to the frame that avoids having to drill holes or welds. The tower comes with also the various brackets needed for the compulsary accessories to race FIM events such as Gps antenna’s support, Iritrack bracket and 6 way fuse box with single entry. The lighiting, always mounted on the tower, features 2 Led lights of 1.052 lumens each offering a maximum night visibility. All the navigation equipment, tripmaster, roadbook holder with backlight and handlebar multiswitch, is included in the kit. The fairing is divided in 3 sections consisting of a main windshield made out of transparent plexyglass and 2 side panels made in Abs plastic for maximum flexibility in case of crash. All is mounted through quick release buckles so that the nav tower can be quickly be accessed without the need of any tools. Appropriate radiator protectors in alluminium complete the front end of the bike and can be kept mounted even in case the bike is converted back into enduro. 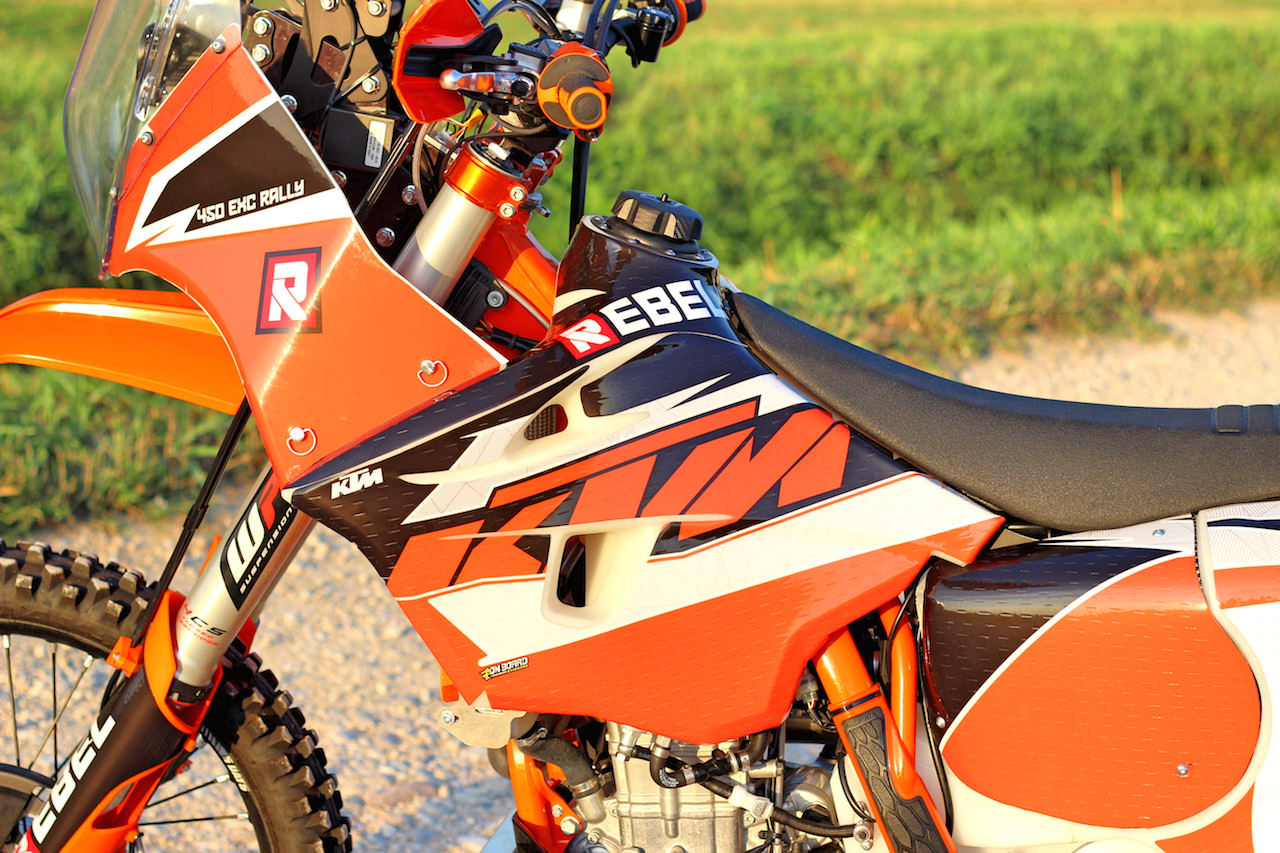 A seperate plug and play wire harness is provided in order to ease the resolution of faults since the standard electric system of the bike remains untouched. Extra fuses also prevent damages to instruments that may arise in case of power peaks. Underneath the seat a 10Ah lithium microbattery supplies power to all the electric system. 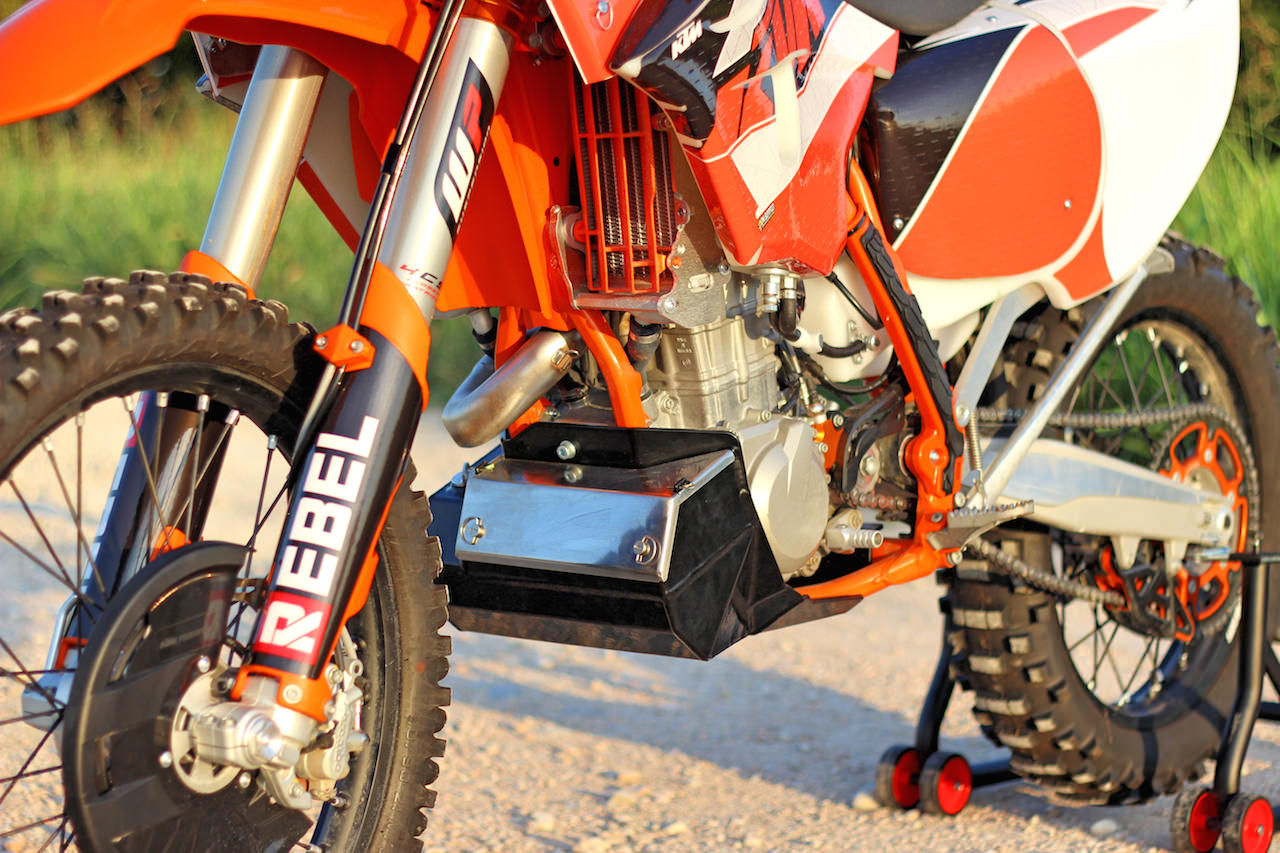 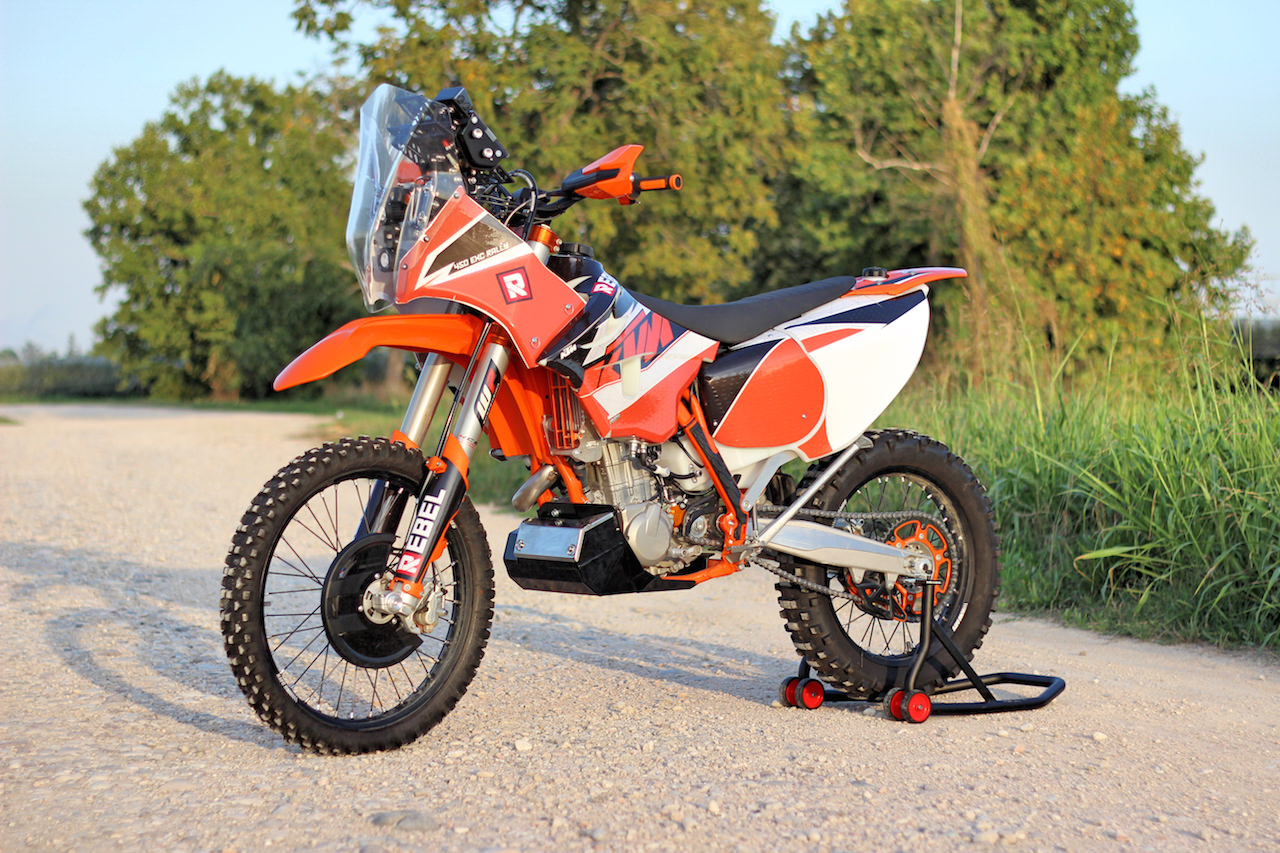 Giving a glance at the low part of the bike a unique bashplate has been produced in alluminium that features a large toolbox, a special water pump protector and a 3 litres water reserve (mandatory in FIM events). To end with a sticker kit made in crystal material completes this rally bike. 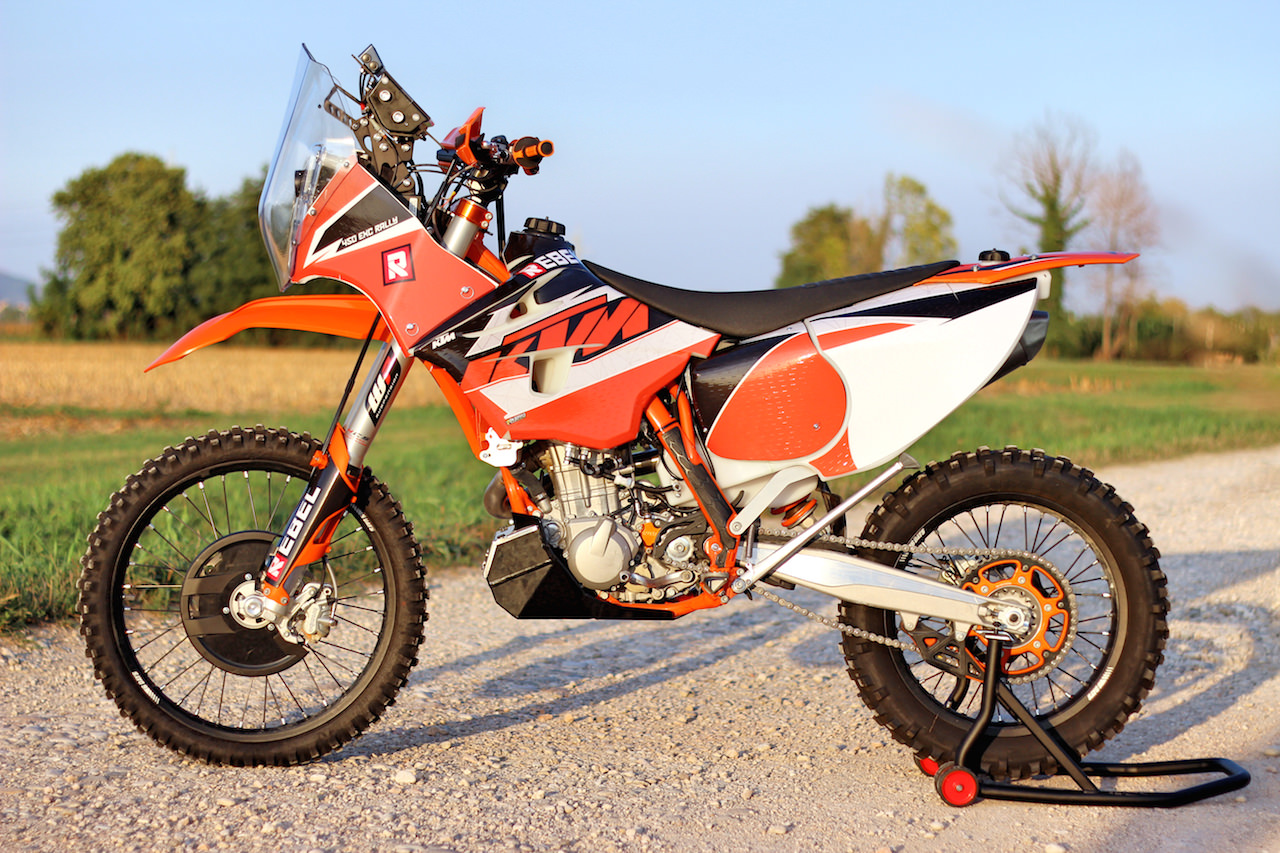 Retail price for the full kit is placed at 6.890 euro (vat excl.) and mounts on all Ktm Exc 450cc and 500cc models from 2012 to 2016 included, whereas for purchasing a complete assembled Rally Exc the price will be 17.690 euro (vat excl.). Several optionals may be added such as an engine upgrade, cush drive wheel, second injector and rally seat. The kits will be available from September 15 exclusively at Rebel X Sports and in Rebel X Authorized Distributors. www.rebelxsports.com for further infos. 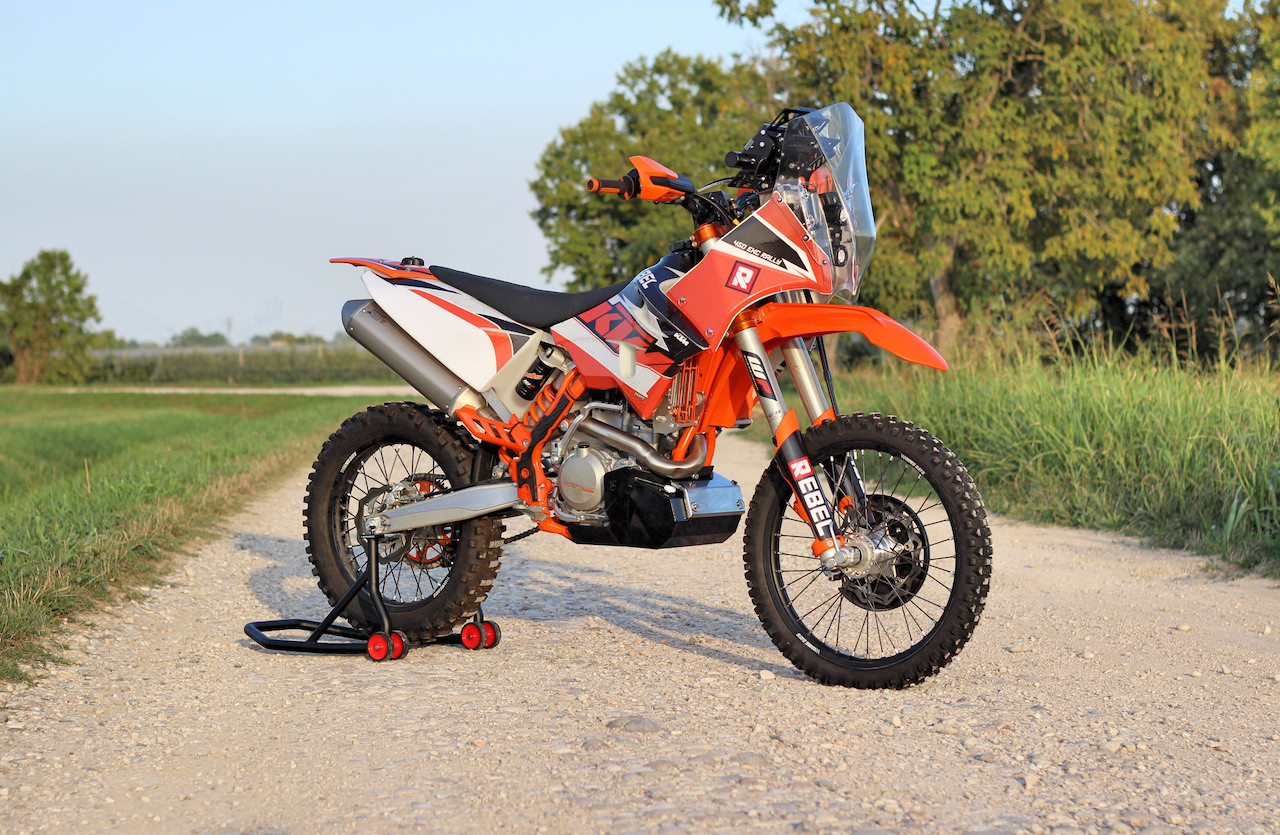